Mixed signals on the U.S. economy continued with the release of the August employment report. U.S. employers added 315,000 new jobs to the economy, in-line with economist expectations. The prior two months’ reports were revised lower by a total of 107,000 jobs, and the August reading was down sharply from July. The unemployment rate rose to 3.7%, largely due to an increase in the labor participation rate (62.4%). A broader measure of unemployment that includes discouraged workers and those holding part-time jobs for economic reasons climbed to 7% from 6.7%. Wages continued to rise, though slightly less than expectations. Average hourly earnings increased 0.3% for the month and 5.2% from a year ago.

Jerome Powell’s Jackson Hole remarks hammered equity and fixed income markets that were expecting a more dovish tone. Powell reinforced the Fed’s stance that they will do whatever it takes to crush inflation, even if it means causing pain for consumers and the U.S. economy. Interest rates have been on the rise in recent days as market and Fed rate hike expectations have moved more in-line. The Fed has raised rates by 225 bps YTD and additional rate hikes are on the way. They need to see signs of slowing in rent and wage growth before taking their foot off the gas. While the Fed continues to talk tough, we continue to believe future monetary policy action will be data dependent. ​

The PCE index came in with a Y/Y rise of 6.3% in July, down from 6.8% in June. The index actually fell 0.1% M/M. The core PCE index, which excludes volatile food and energy prices, showed a 4.6% rise Y/Y and a gain of 0.1% M/M in July, coming in softer than forecasts on both counts.  Headline CPI rose 8.3% Y/Y based on the August report with Core CPI increasing 6.3%. While both PCE and CPI inflation came in below expectations, the readings remain well above the Fed’s 2% target. 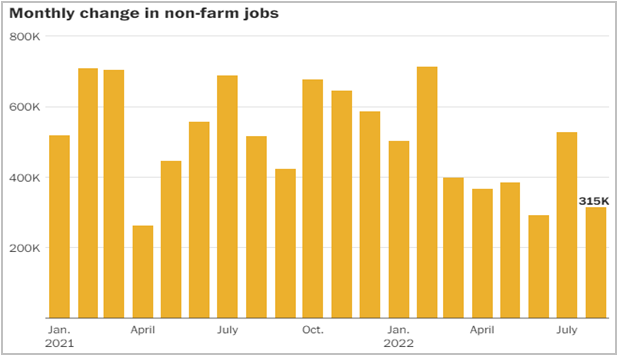 The manufacturing sector in the U.S. flatlined in August with no change in the ISM Manufacturing Index.  The headline reading of 52.8 for August was unchanged from July.  Employment and new orders showed strength last month while the production component softened. Prices also showed some signs of easing in August. The ISM Services PMI increased slightly in August to 56.9 from 56.7 in July. Business activity, employment and new orders all firmed in August.

The headline retail sales figure for August showed a surprise mild increase of 0.3% after falling a downwardly revised 0.4% in July. While the headline number was better than expected, “core” retail sales which removes some volatile categories actually fell 0.3%. Auto sales jumped 2.8%, restaurant sales rose 1.1% and gas station sales sank 4.2%. Similar to the report on retail sales, durable good orders were flat in July, trailing market expectations. This marked the first month in five where the headline durable goods number didn’t advance.  Orders for non-defense capital goods excluding aircraft, a proxy for investment in equipment, increased 0.4%, easing from a 0.9% rise in June.

50% of large-cap mutual funds have outperformed their benchmark so far in 2022, above the 10-year average hit rate of 34%. Large cap core and large cap value are showing better YTD results with 59% and 62%, respectively, outperforming the benchmark. Large cap growth is underperforming with only 38% of mutual funds beating the Russell 1000 Growth Index. Small cap mutual funds are also seeing some success in 2022 with 58% of Small Cap Core mutual funds beating the Russell 2000 Index. While the numbers aren’t amazing, they have improved from prior years and demonstrate the benefits of active management during more difficult market environments. Movement to cash has helped this year for certain active management segments along with stock picking in value and core.  Growth stock selection has lagged YTD, but it has shown signs of improvement during the second half of the year. 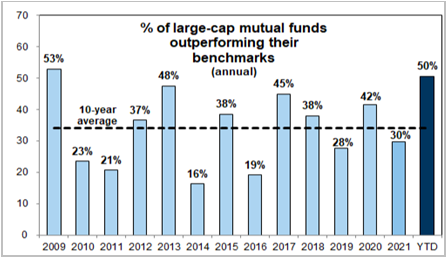 Eurozone slumping again, what else is new!​

August saw a second successive monthly reduction in business activity across the euro area, according to early PMI survey indicators, amid a further decline in new orders. Cost of living pressures sapped demand in the service sector, leaving activity only just inside growth territory, while manufacturing remained in a downturn midway through the third quarter of the year. The eurozone composite PMI dropped to 49.2 in August from 49.9 in July. The latest PMI data for the eurozone point to an economy in contraction during the third quarter of the year.

China’s factory activity extended declines in August as new COVID infections, the worst heatwaves in decades and an embattled property sector weighed on production. The official manufacturing PMI rose to 49.4 in August from 49.0 in July. The latest PMI reading shows the world’s second-largest economy is struggling to emerge from the sluggish growth seen in Q2.  The smaller company focused Caixin Manufacturing PMI slid to 49.5 in August from 50.4 in July. Demand remained bleak, with the sub-indexes of new orders and new export orders contracting following two months of expansion.​

China’s economy narrowly escaped contraction last quarter due to widespread COVID-19 lockdowns, and economists say its nascent recovery is in danger of fizzling out amid fresh virus flare-ups and a deep crisis in the property sector.  The country’s cabinet last week rolled out a package of new economic stimulus measures, including billions of dollars worth of policy financing, to lift the faltering economy.  The central bank also cut three key lending rates in August in a bid to lower financing costs for companies and individuals.  But, as long as the country maintains its strict COVID policies, many analysts expect growth to remain subdued and have been cutting growth forecasts for this year and next.​ 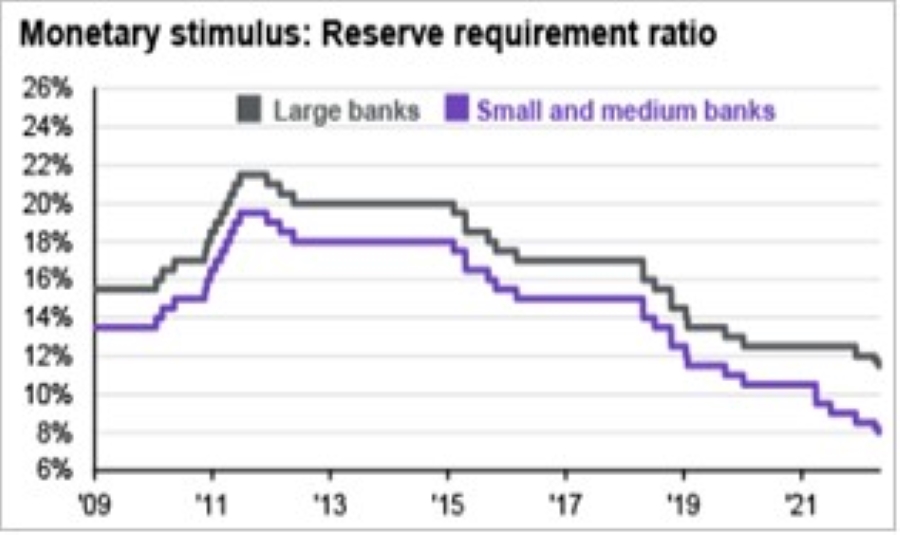 India’s economy expanded at the fastest clip in a year, fueled by domestic demand that may moderate in the face of rising borrowing costs and a global slowdown.  GDP rose 13.5% Y/Y in Q2, the quickest pace since the 20.1% growth in the same quarter last year. Business investment increased 20.1% Y/Y during Q2 and private consumption surged 25.9%.  Similar to most other economies around the world, India is dealing with high inflation and rising rates. India’s central bank has raised rates 3 times over the past few months and higher borrowing costs are likely to impact GDP growth in future quarters. ​

After 6 months of war with Ukraine, Russia’s economy appears to be outperforming expectations.  During the early days of the war, economists expected the Russian economy to contract more than 12% due to punishing sanctions.  Forecasts today suggest that the Russian economy will only shrink 4-4.5% in 2022 with inflation topping 13%.  GDP is projected to decline 2.7% in 2023. 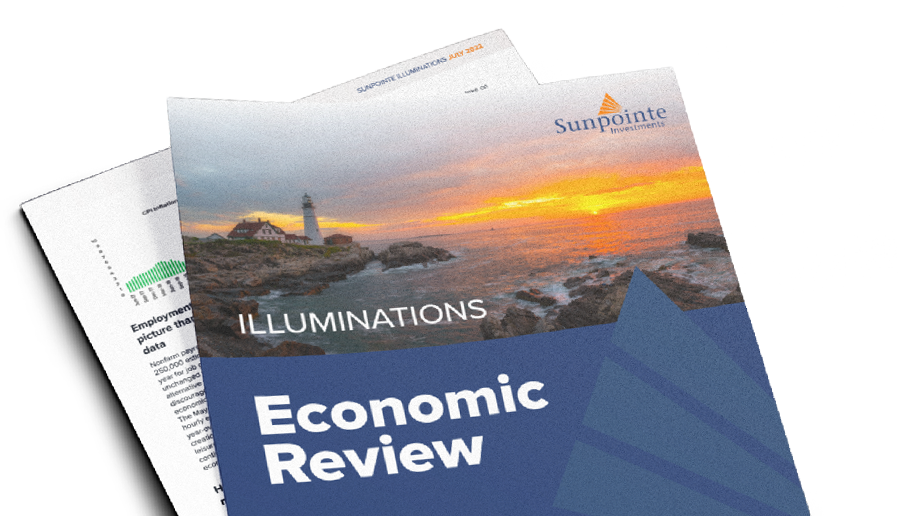