All Eyes Are on the Fed 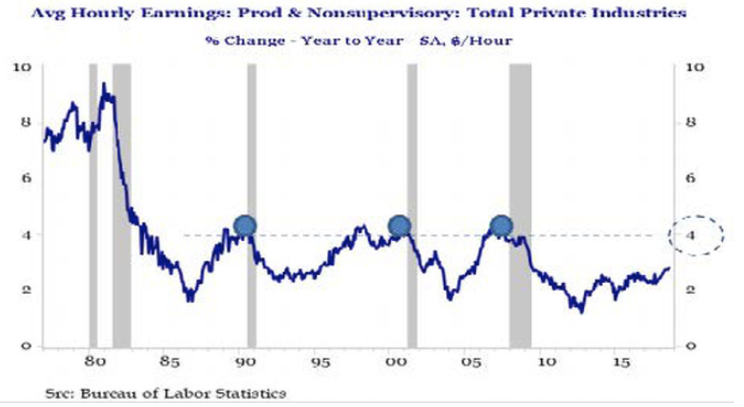 201,000 new jobs were added to the U.S. economy in August, ahead of the 190,000 estimate. The unemployment rate held steady at 3.9%, but the June and July reports were revised lower by a total of 50,000 jobs. Average hourly earnings ramped up last month with the annualized rate increasing from 2.7% in July to 2.9% in August. The labor participation rate fell from 62.9% to 62.7%. Finally, the broader U6 unemployment rate stood fairly unchanged at 7.4%. A September rate hike by the Fed is already baked into the cake, but the higher than expected wage growth reading increased the odds for a December hike to 79%. Wage growth has historically become a problem when hitting 4%.

All eyes will be on the Fed as they navigate monetary policy for the remainder of 2018. The yield curve has been flattening for some time now and while a September rate hike is all but certain, any further moves could result in an inverted yield curve that has often signaled a recession. Fed policy controls the short end of the curve that has been moving up during the current rate hike cycle, but strong foreign demand and benign inflation has kept a lid on the longer end of the curve. Certain members of the Fed have warned against raising rates into an inverted yield curve and the global nature of markets should also provide some pause since the stronger U.S. dollar has had a damaging impact on emerging markets. Current probabilities suggest another rate hike is likely in December, but the Fed will have to tread lightly given the lack of significant inflation and concern over EMs.