Best start in 30 years led by a dramatic shift in Fed monetary policy!

Employment picture remains a source of strength. After dismal and unusual December performance (worst on record since 1931), the S&P 500 posted its best gain since 1987 in January. Global financial markets, specifically risk assets, got whacked during Q4 on fears over slowing global growth, weaker earnings, a more hawkish Fed and rising trade tensions between the U.S. and China. By most accounts, the global economic picture continues to deteriorate outside the U.S. and no significant progress has been announced on the trade front. Jerome Powell and the Fed did pivot to a more dovish monetary policy stance and that likely unleashed the sharp rally that began after Christmas. Based on the Fed Fund Futures, there is a 0% chance of a rate hike in 2019 and the probability for a rate cut has risen to 18%. Another key question facing the Fed is whether they will taper their balance sheet runoff since the economy apparently is having a difficult time stomaching 2.5% interest rates.

U.S. job growth in January shattered expectations, with nonfarm payrolls surging by 304,000 versus the 170,000 estimate. The November and December reports were revised lower by a total of 70,000 jobs. More workers entered the workforce last month and this drove up the unemployment rate to 4%. Wage growth was muted in January with no change in the 3.2% annualized rate. Wages have increased over the past year, but they have yet to hit 4%, which has been a problematic level in the past. There appeared to be little negative impact from the government shutdown as most federal employees received a paycheck during the survey week of January 12. Employment continues to be a source of strength for the U.S. economy as employers are hiring at a strong pace. January marked 100 months in a row of positive job creation, by far the longest streak on record. 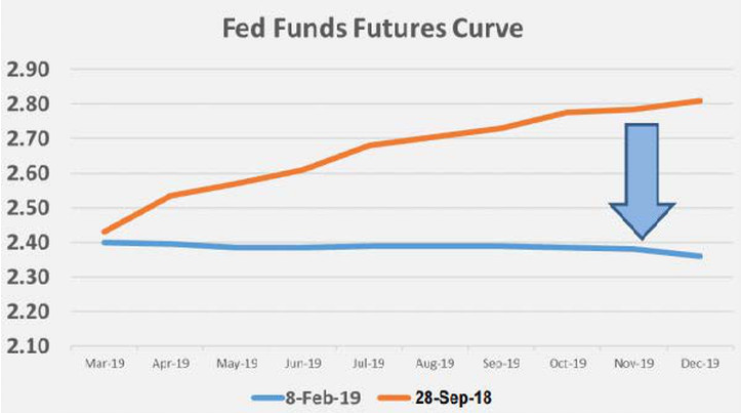