Can the ECB tighten?

The Eurozone economy has stagnated over the past few months based on the lack of movement in the IHS Markit Composite PMI. The PMI fell from 54.5 in August to 54.1 in September and this was the slowest rate of expansion in four months. There was significant divergence with service sector growth hitting a three-month high and manufacturing registering its slowest growth rate since May 2016. Growth has decelerated YTD and momentum has slowed further in Q4. The ECB is intent on tightening monetary policy, but we aren’t convinced this can happen given muted growth and low inflation. 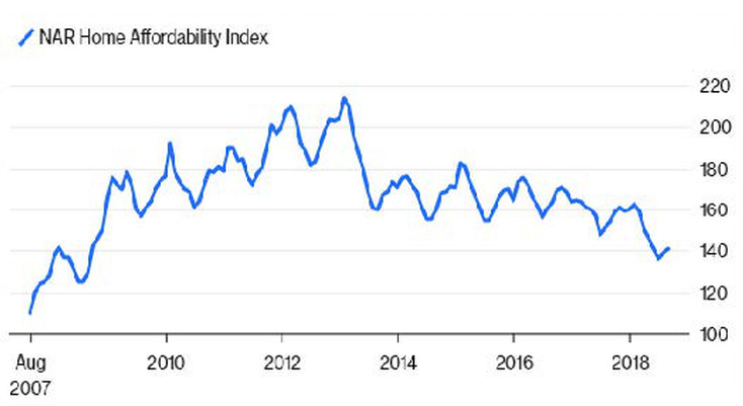 Japan’s economy remains vulnerable despite a stretch of better economic growth over the past few years. Inflation has failed to move meaningfully higher even with the massive QE program in place, and while wages have been rising in 2018, they were largely flat from 2010 through 2017. We believe corporate governance has improved in Japan and things look better from a micro picture as opposed to a top-down macro standpoint. Stronger corporate profits should lead to higher wages, but that has not occurred in a meaningful way and the country still faces demographic headwinds. One positive is that the majority of their large outstanding debt burden is held internally.