China is slowing, but the PBOC has become accommodative

Blog      Financial & Market News      China is slowing, but the PBOC has become accommodative 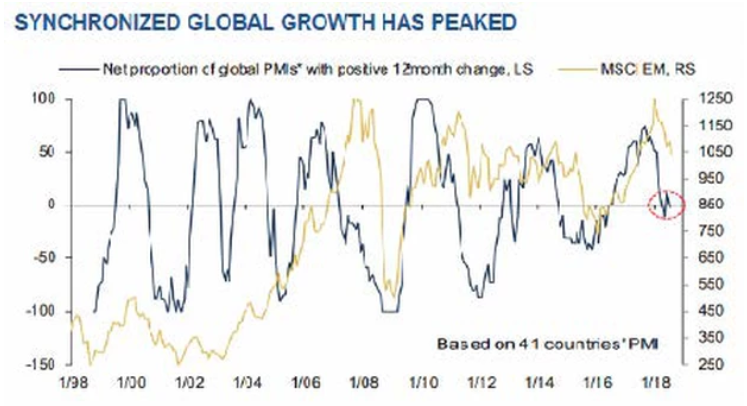 The Chinese economy appears to be slowing based on recent GDP, manufacturing PMIs and data on retail sales and industrial production. While manufacturing activity has deteriorated in recent months, likely due to the ongoing trade dispute with the U.S., the services sector has remained robust. The official Services PMI increased from 54.2 in August to 54.9 in September. This is important since the country has been trying to shift towards a more consumer led model where services drive economic activity as opposed to manufacturing and investment. The latest round of tariffs were just implemented at the end of Q3 so it will take some time to assess their impacts.

The PBOC has shifted to an accommodative stance to counter softening growth and trade tensions. They have cut the RRR four times and more cuts are expected along with a potential move on interest rates. Q3 GDP growth was below expectations so the PBOC may need to do more to support the economy. The PBOC faces a delicate balancing act because they want to support growth without causing a currency crisis through rate cuts and yuan devaluation.

After a strong period of synchronized global growth in 2017, there has been significant divergence in growth and monetary policy in 2018. Growth has accelerated in the U.S. while the rest of the world has softened. U.S. rates have moved higher with tighter monetary policy and that has hurt certain EM current accounts and EM assets across the board. Economic growth in EMs remains well above the developed world and the gap is expected to widen moving forward. Based on Thomson Reuters IBES data, earnings in the MSCI EM Index are forecast to grow 14.3% in 2018 and 11.8% in 2019. Revenues are expected to grow 11% this year and 8% in 2019. There is a lot of concern over China, but earnings are projected to grow 15-16% over the next year. Earnings in India are expected to surge 24% in 2018 and 23% in 2019. Brazil should also see 20%+ earnings growth from 2018-2019. There are definite headwinds in place for EMs, but by all accounts, GDP and earnings growth look pretty solid.