What long-term effect will this have on the U.S. economy? There does not currently seem to be much concern about this from domestic and international investors; the United States has so far retained its “safe haven” status. Will sentiment shift?

In prior administrations, the U.S. government operated principally by collecting taxes for its spending rather than by borrowing through sales of Treasury bonds. At times the country ran temporary deficits during recessions or wars, but there was no consensus that running budget deficits was a good thing. Today is different. Some argue that “debt is good”. Really? The budget deficit this year is expected to reach $1 trillion.

Today’s overall national debt stands at almost $17 trillion: almost 80% of U.S. GDP. The CBO says the economy will be affected in two main ways: (1) the growing debt will reduce economic output over time, and (2) rising interest costs will reduce the income of U.S. households by increasing amounts.

Furthermore, the CBO also projects economic growth to taper down to 1.9% in 2021 and 1.5% later in the decade. Meanwhile, inflation, unemployment, and interest rates are projected to increase modestly through 2030 from their current levels.

We believe that investors need to pay attention to debt levels as long term growth could be affected and this may have a ripple effect across global markets. We will keep you updated on this important topic. 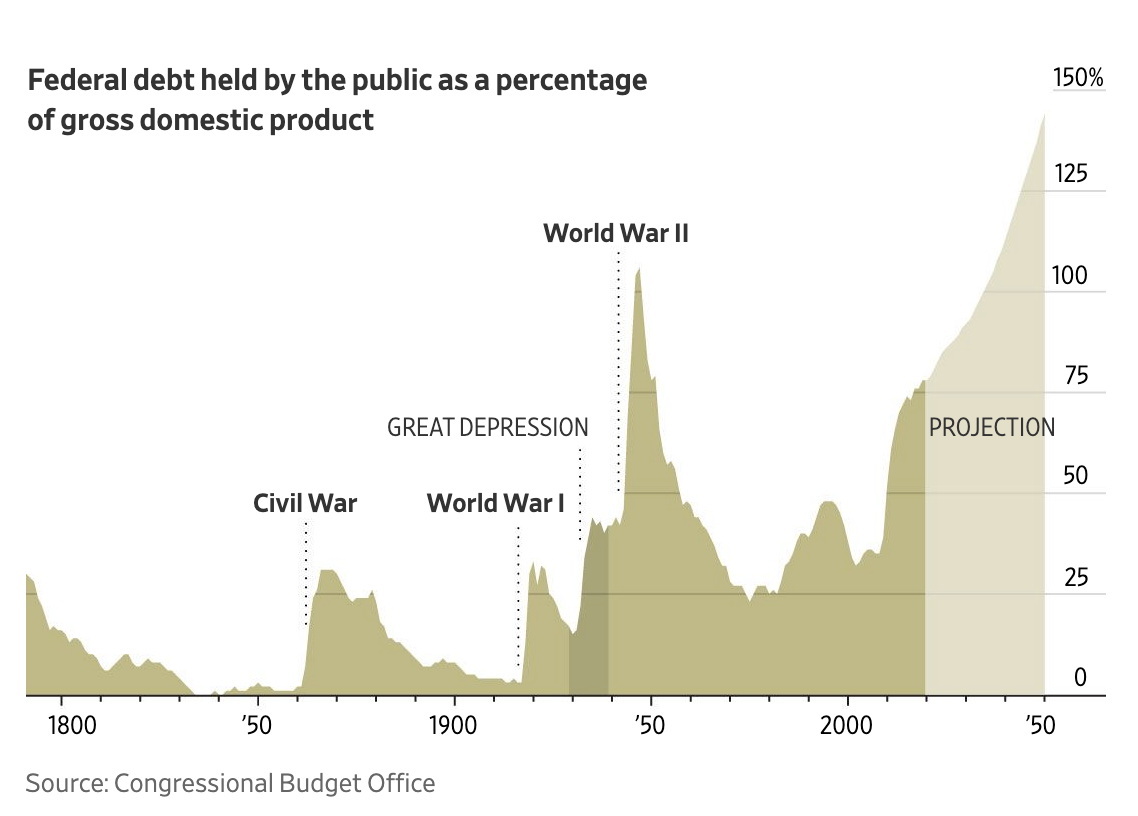