Inflection Point- Where Are Rates Going?

In mid-November 2022, St. Louis Fed President James Bullard estimated that the target for the federal funds rate is between 5% and 7% and that is what’s needed to sufficiently slow economic growth and produce a meaningful decline in inflation. Since this prognostication, two different cases are emerging for where interest rates are going.  One says that since inflation has peaked and although the Fed Funds rate may go a bit higher, it should peak at around 5%-6% and the Fed will pivot soon thereafter.    The other case says that short-term rates need to go to 7%, 8% or even 9% before declining.  We will explore these two cases now.

The case for lower rates

The latest data on inflation showed that the Producer Price Index (PPI) rose 0.2% in October 2022 which equates to 2.4% annualized.  Core PPI, excluding food and energy, was flat.  In the June to October period, the PPI for goods contracted at an annualized rate of -5.6%, while services rose at a 2.6% rate. PPI is known to be a leading indicator of the CPI.  In addition, money supply has been shrinking (see figure 1). It is well documented that excess money supply creates inflation.  In 2020-2021 we had a marked increase in money supply – and inflation was the result. Now that the money supply has dropped, we are already seeing inflation slowing. 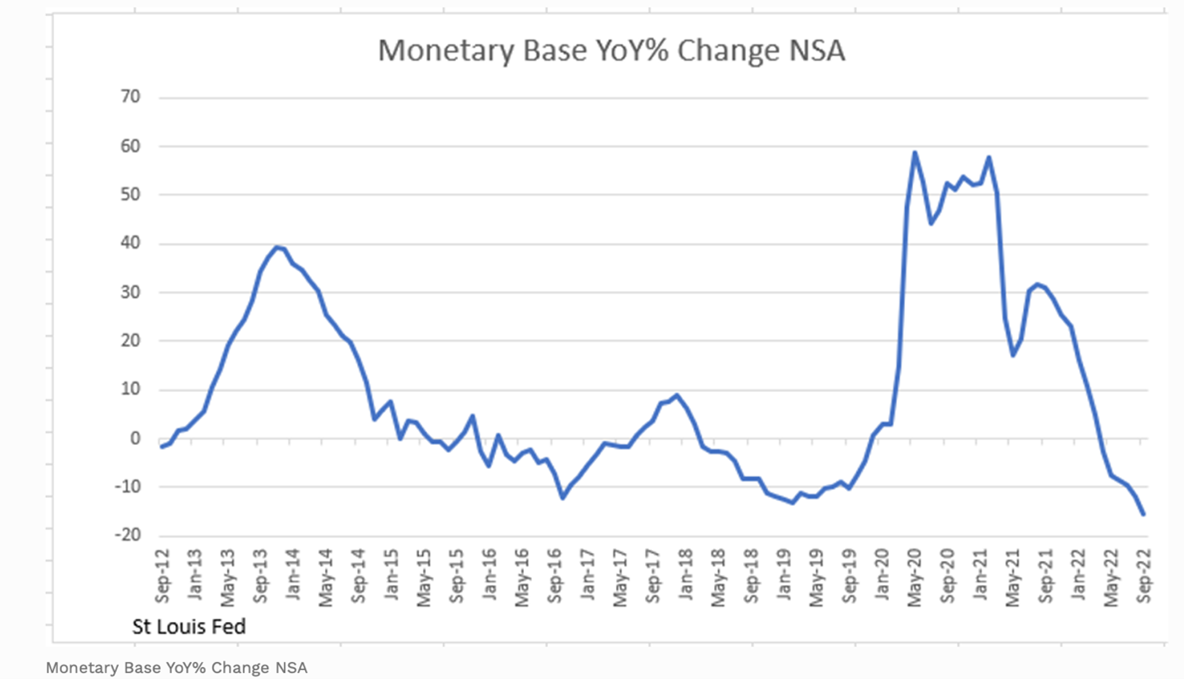 So, if inflation has “peaked” shouldn’t the fed be able to pivot toward a more dovish stance after its December meeting?  Furthermore, some market observers believe the fed should stay away from setting rates and let the markets determine demand and supply of credit. Additionally, consumer sentiment is showing signs of cracking based on the latest University of Michigan’s Consumer Sentiment Survey.  Sentiment remains below the lows of the Great Recession, and expected business conditions for the next 12 months are near those lows.  Based on all this, rates need to level off or fall….NOW!  Or so the logic goes for the dovish case.

The case for higher rates

But….what happens if the softening inflation number turns out to be deceiving, and does not quickly return to the fed target of 2%?  Investors need to keep in mind that a 7.7% annual increase in CPI is better than the prior month’s rate of 8.2%, but is still high and well above the Fed’s 2% target range.  After waiting too long to start tightening, it seems unlikely that the Fed will risk ending it too soon.

Another factor to consider is the “Taylor Rule.”  The Taylor rule, which was created by Stanford University economist John Taylor in 1993, is a quantitative formula that attempts to determine the correct level of the FOMC’s target for the federal funds rate based on the current state of economic activity.  The formula is complex, but the basics are:  The fed should raise the federal funds rate by 50 basis points: 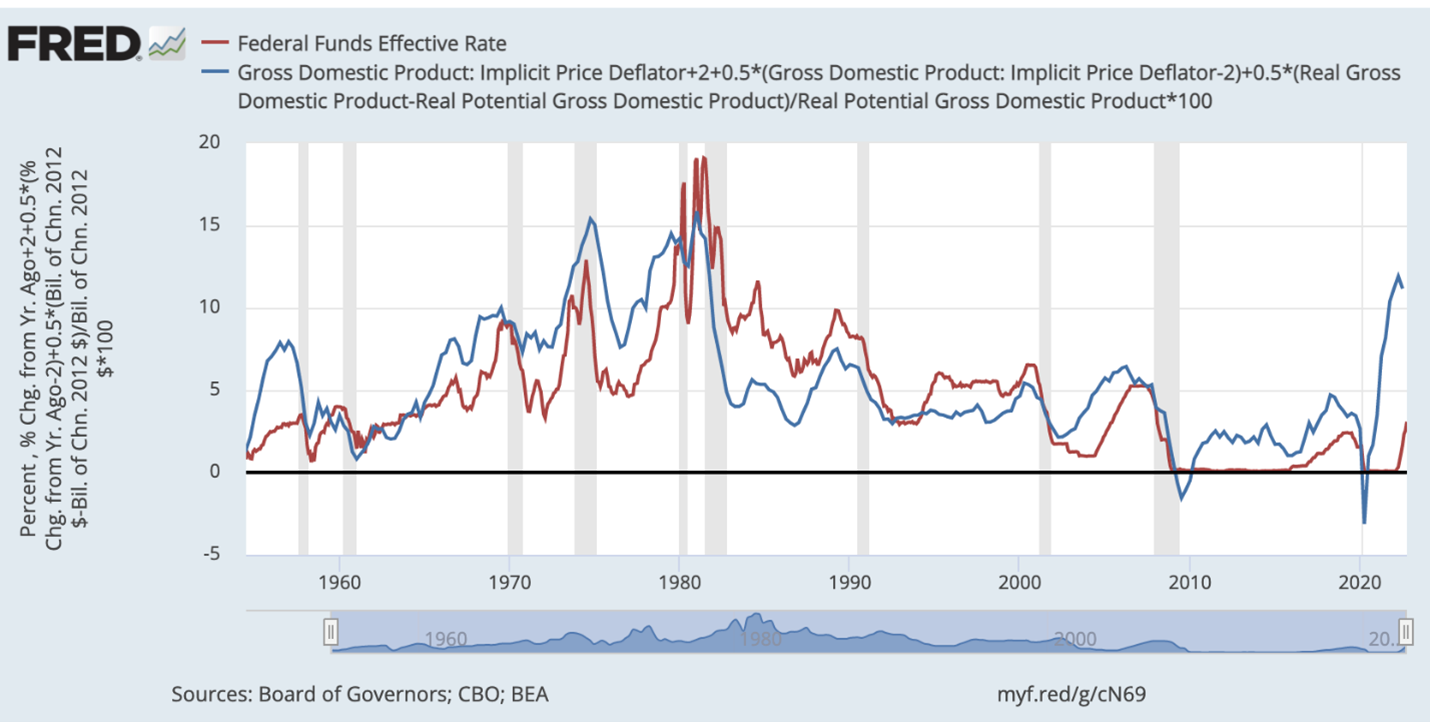 It appears now that we are at an important inflection point and will soon learn where rates are going. As always, we recommend our clients stay the course, stay invested to targets, and over the long-term investing success will follow.