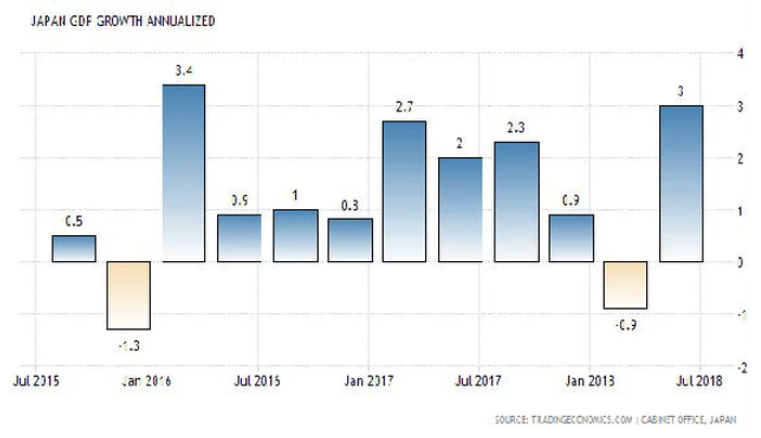 Japan’s economy showed some renewed strength in Q2 as GDP was revised higher to 3% from the initial estimate of 1.9%. The 3% clip was the fastest annualized rate since Q116 and it was led primarily by the 3.1% surge in business capital expenditures. Consumer spending, which accounts for 60% of Japan’s GDP, rose only 0.7% in Q2. Although the economy has shown signs of life in recent months after struggling earlier in the year, recent factory and export data suggest some weakness early in Q3. Healthy corporate earnings have led to increased business spending and the upcoming 2020 Olympics has also helped. Consumer spending has been a disappointment with potential risks being the looming 2019 consumption tax hike and tighter monetary policy from the BoJ. It was nice to see a strong rebound in Japan’s economy in Q2, but we continue to believe the country’s growth and inflation prospects are perhaps unsustainable if the BoJ takes its foot off the gas. Inflation sits at 0.9% Y/Y and core inflation remains unchanged at 0.8%.