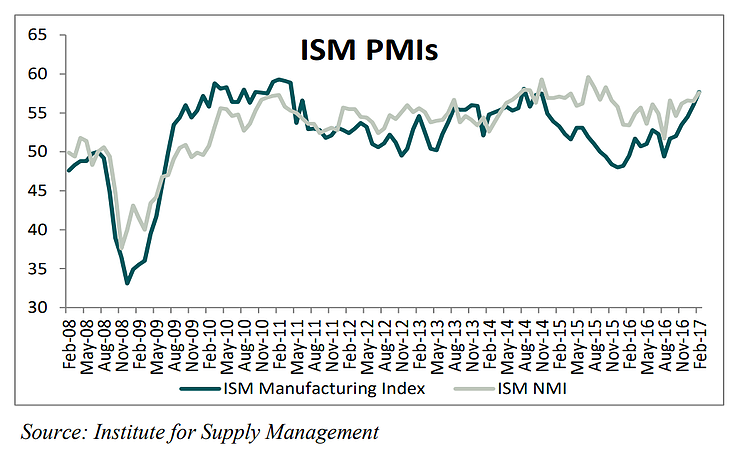 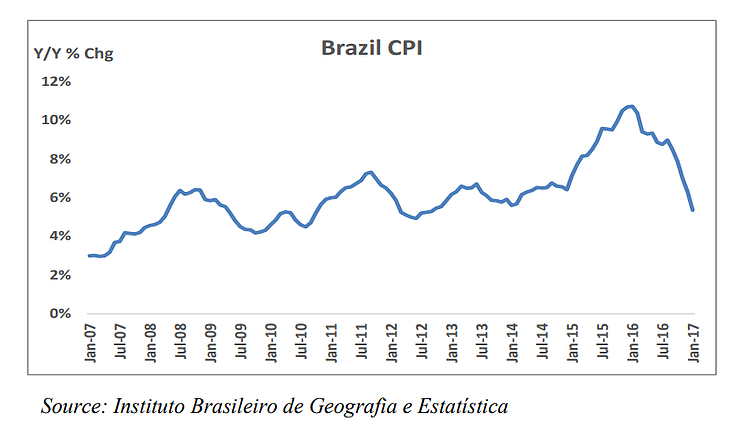 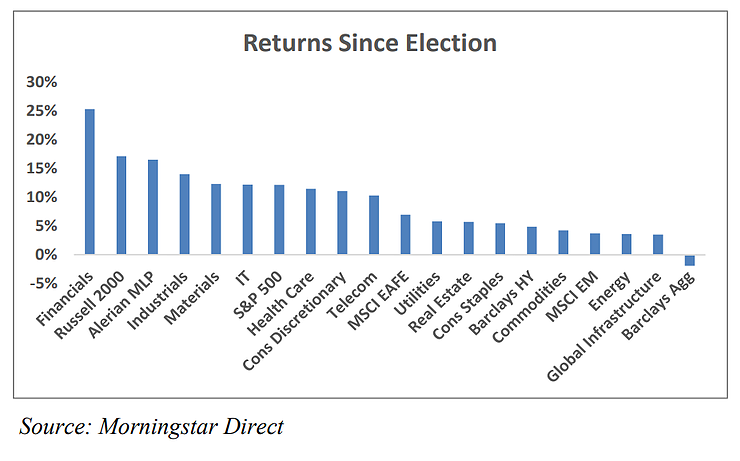 Strong returns since the election, potential vulnerability if Trump’s agenda fails to materialize