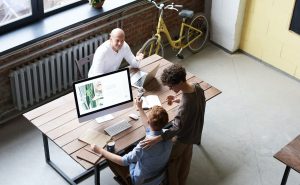 The U.S. consumer appears to be holding up well based on the August retail sales report that showed a gain of 0.4% after surging 0.8% in July. This comes on the heels of June’s upwardly revised 0.3% increase and the 0.5% rise in May. Retail sales have actually gained ground for the past six consecutive months. Core retails sales that correspond most closely with the consumer spending component of GDP jumped 0.3%.
Durable goods orders surged 2.1% in August after rising a downwardly revised 1.8% in July. Most of the demand came from the volatile transportation segment, specifically the 34% rebound in defense aircraft and 48% jump in civilian aircraft. Orders for non-defense capital goods excluding aircraft, a closely watched proxy for business spending plans, were up 0.4%, down from June’s 0.9% increase.