What is the Yield Curve Signaling? 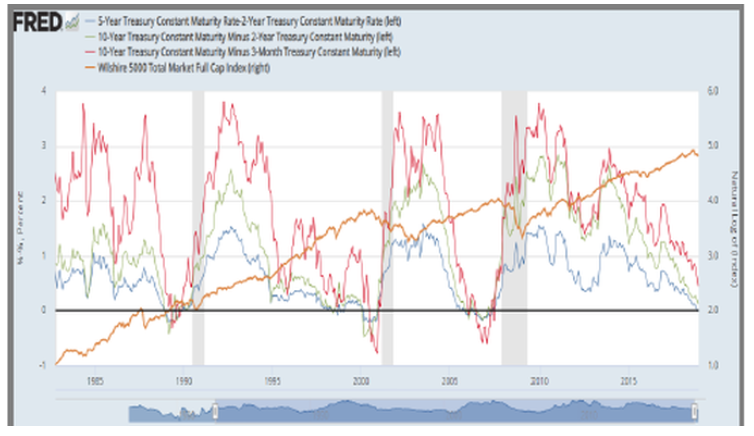 The 2-5 year part of the yield curve inverted on December 3rd for the first time since 2007 and it spooked investors. The more important 2-10 year spread remains at about 14 bps, but the sharp decline in rates has perhaps signaled to the Fed that they are nearing the end of their tightening cycle. The Fed controls the short end of the curve while the longer end is dictated much more by supply/demand and the popular relative value trade. Rates at the longer end of the curve have fallen more than the short end, perhaps due to demand for riskier longer duration assets as a result of the Trump-Xi meeting, the weaker USD that reignited the relative value trade, and the prospect of looser Fed policy over the next few years.

The Fed has raised rates 8 times during the current cycle and a 9th move is expected next week. All of this is occurring within the backdrop of slowing global growth. U.S. growth is expected to slow in 2019 and further in 2020, but we are a long way from recession and it is unclear what this inversion is signaling, especially when considering the unprecedented time period of massive QE. All recessions have been preceded by yield curve inversion, but not all inversions have led to a recession. A recession often follows 12-18 months behind an inverted yield curve.